On the day of the event, the bakers brought their pastries into the studio, and our folks got to work beside them as they carefully filled wooden bento boxes with gorgeous mooncakes, macarons, kouign amann, and more. A joyous din filled our studio — bakers greeting bakers, people coming in to pick up their orders and connecting over their love of pastries, everyone exclaiming over the prettiness of the bento boxes.

“It was beautiful to see everyone come together,” said Mary Howard, Ingredient’s former culinary producer, who forged the connection with Bakers Box. “Everyone was just so excited. I met a woman who’d just come to drop off pastries for a friend, but she stuck around for an hour to watch the magic unfold.”

It was fun for Ingredient too. We’d only just opened up our new offices — three brand-sparkling-new kitchens and a great big light-filled office with ample room to gather. For us, food is all about community and bringing people together, and one of our goals in building out the space is to get local chefs, producers, and food-related nonprofits in to use it.

Plus, there’s a lot of resonance between With Warm Welcome, the team behind Bakers Box, and our team. “I spend a lot of time watching what’s going on in the Asian American food world, and Ingredient’s work is about storytelling through food,” Mary says. “So when I stumbled on the Bakers Box, everything about it was exciting to me — supporting not just professional pastry chefs but emerging bakers and home bakers, support for Asian nonprofits, and the community aspect … it’s so cool!”

“I spent a week going to the website every day and then, finally, I realized, wait — I could volunteer! I reached out with an obnoxiously long email saying, ‘This is what I do, I would love to be involved!’ And Arnold reached out a couple of hours later.”

Arnold is Arnold Byun, the Los Angeles-based brand builder and life-long hospitality professional, who founded With Warm Welcome in 2019. It’s a community organization that amplifies Asian Americans in hospitality — chefs, restaurateurs, and makers — by telling their stories through a podcast, pop-up markets, and other projects. He told us Bakers Box has been in the making for a long time.

Growing up, Arnold was the classic restaurant kid. His dad owned Okrumong, a Korean restaurant in Los Angeles, and he was a single father, so they spent a lot of time at the restaurant together. Arnold was washing dishes there by the time he was fifteen. “Growing up in my household, and I think this is true for a lot of Asian households, we didn’t really express our love verbally,” he says, “but we did it through different ways. We did it through food. And I think early on I grew up with the idea that food is a nourishing, empowering, love language, and so the restaurant and food were always a really great comfort for me.”

So it’s not surprising then that he went to school for hospitality, and launched a career managing fine-dining restaurants in New York — which is where he started to notice inequities in the way professional kitchens are structured. “There’s a lot of hierarchy,” he says, “and I kid you not, nine out of 10 places I've worked, and I’ve worked at a lot of places, there was always a white pastry head chef, and the sous pastry chef was Asian. I just found it really funny. I'm like, ‘Oh, that's interesting,’ right? And I just kind of put that on the back burner for a while.”

Flash forward to COVID-19, when restaurants were closing and everyone was hunkered down in their home kitchens, including a lot of chefs and bakers. “A lot of these talented Asian sous chefs, people that maybe never had the opportunity to become an executive chef somewhere, saw an opportunity,” Arnold says. “They were putting together private cheffing gigs, creating pop-ups, or just selling food out of their apartments.”

At the same time, home cooks, whether they were professionals who had stepped out of the workforce to raise a family or inspired novices, were getting really into baking. “People were so into sourdough it caused supply chain issues!” he says. “And so I felt like there was this huge supply of specifically Asian bakers that were just active and available. And I just wanted to bring a little bit more attention to this specific community.”

By that time, he’d already created Weekly Welcome, a podcast that highlights Asian Americans who are a part of the food landscape — chefs, restaurateurs, photographers, farmers, CPG owners. It was one of the first of its kind because at that time the media wasn’t really covering their work. “Naturally, I built a community through the podcast, and then I wanted to really highlight bakers, and so that's how Bakers Box was born.”

Bakers Boxes launched in New York City in April of 2021, and since then it’s popped up in 16 cities across the United States. Along the way, it has raised more than $20,000+ for locally based Asian-centered nonprofits. Ten percent of the funds from the Twin Cities Bakers Box went to HAP, a community organization that provides health and wellness services and economic development opportunities for Hmong, Southeast Asian, and immigrant refugees.

As food marketers, we can’t help but remark, again, on the wooden bento boxes. They opened to reveal a brightly colored card with hand-drawn illustrations of the pastries on one side, the names of the artists on the other. “There’s so much cohesion to the project,” Mary says. “It must be so fun as a baker to just be able to focus on making something beautiful and delicious and not worry about the marketing — and then see it all come together so beautifully. The bakers were a little in awe, like, ‘Yeah, I made that, and I’m so proud of it!’ There were a lot of cell phones out.”

Illustrator Seohui Chi creates both the pastry cards and the posters for the events. She’s also Arnold’s wife: they met when she was still in Seoul, Korea, and fell in love working on the podcast and Bakers Box together. “So this is a love story too,” Arnold laughs. “I think she has hand-illustrated 288 pastries at this point, and it’s still surreal when I see her do it. It's kind of crazy — just like a giant library of macarons. When we're done with this, we’re going to create a huge poster with all the pastries.”

For Mary, the event represented a lot of hope for the future. “The timing of Bakers Box was just so serendipitous — not just with Covid, but also with the Atlanta hate crimes against Asian women,” she says. “After something like that, to see something good, something that gives you hope, something that gives you pride — to see examples of Asian Americans who are out there making it and being recognized for their excellence — that lifts up the whole Asian American community. That’s why there’s so much love for this project. And of course pastry: Who doesn’t love pastry? It’s just so powerful.” 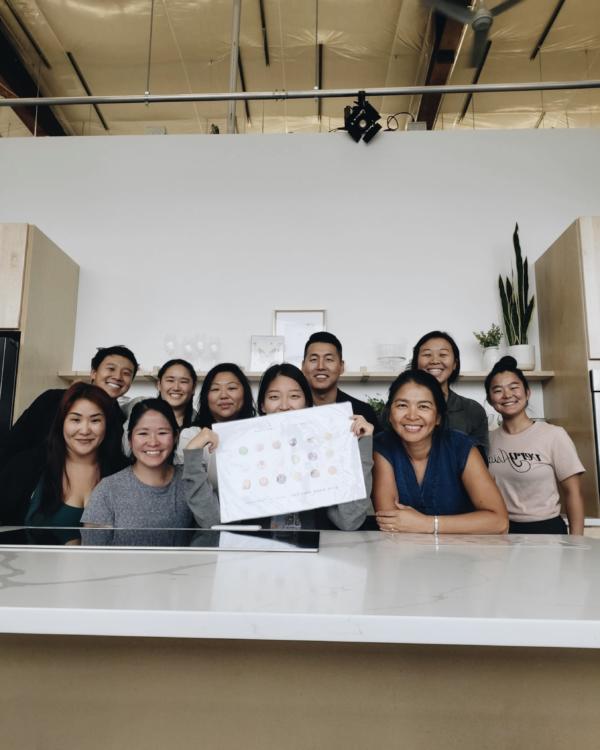 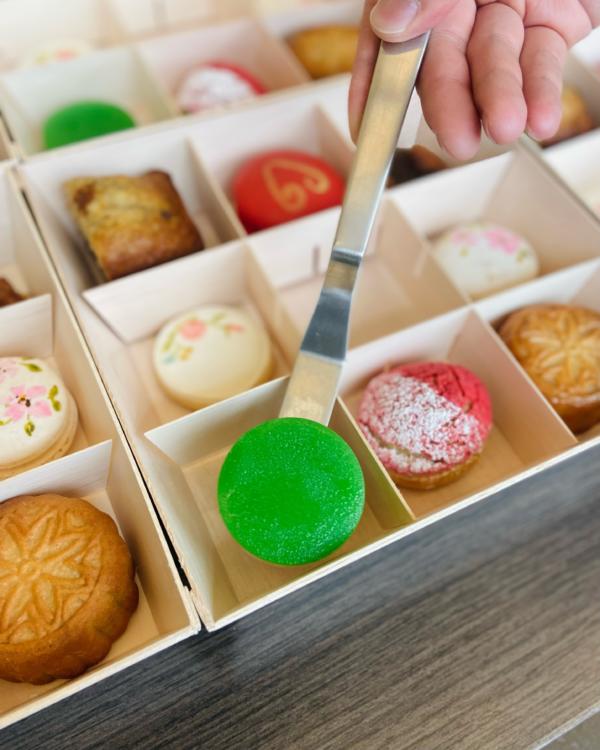 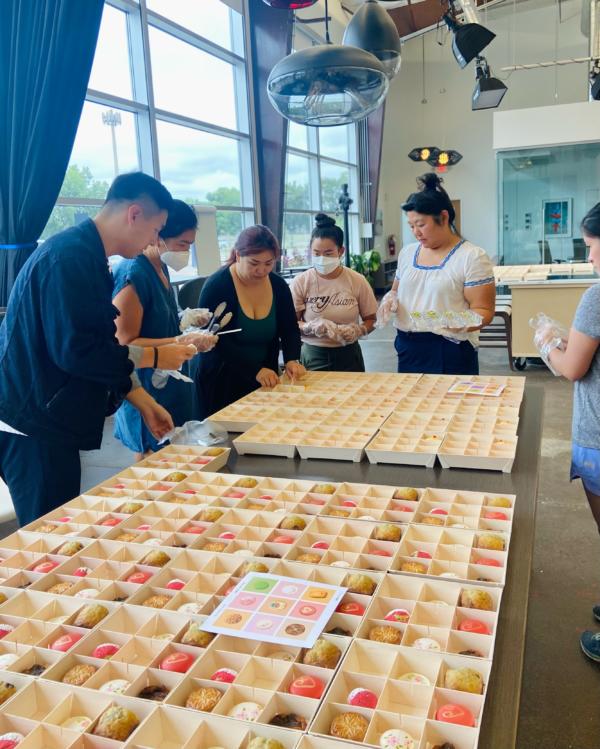