Hawaiian Food: The good, the bad and the ugly 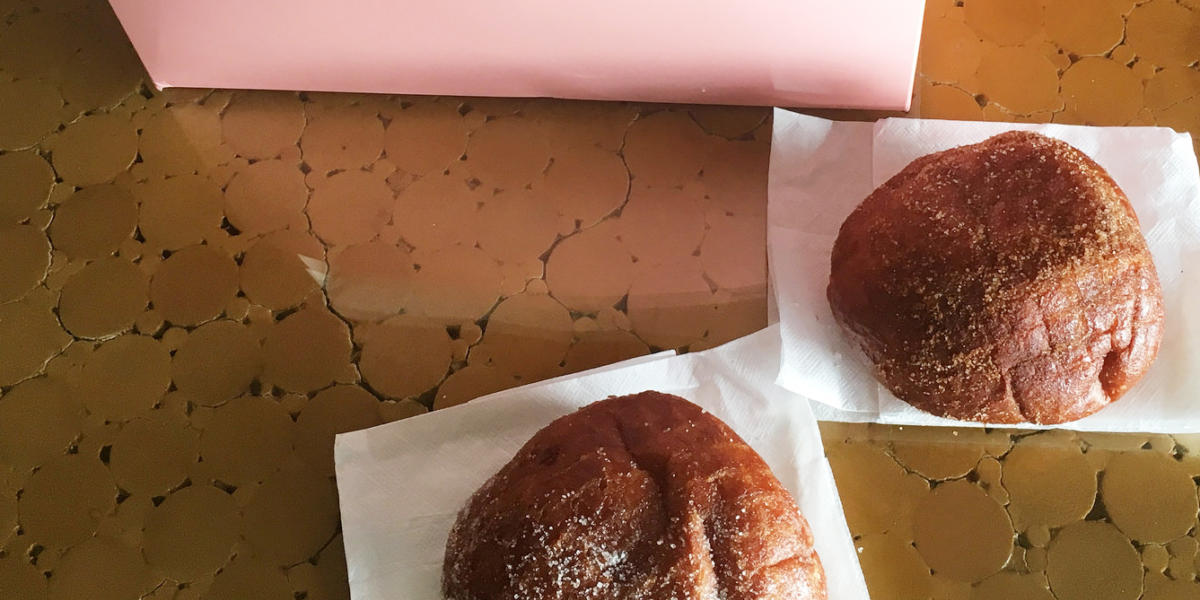 When people think of Hawaii they think of surf and beach and sun… as a fair skinned red-head my beach time is limited so I set out to try some new foods in tropical paradise. Here’s a short list of some of the Hawaiian foods I got to check out (from worst to best):

I was told, that as a doughnut fan, I needed to try Leonard’s malasadas in Oahu. My husband and I braved black Friday traffic and picked up 18 of these little guys. After taking one bite into this flavorless bummer of a Portuguese doughnut I realized that there are two kinds of doughnut people in this world; Raised Doughnut people, who may be the kind of people who would like malasadas and Cake Doughnut people (the correct kind of doughnut people). My husband and all of my in-laws probably disagree with me, all 18 malasadas were eaten. (Husbands note: I enjoy all kinds of doughnuts and enjoyed the crisp exterior and doughy, chewy interior. But, nothing to plan your vacation around)

We journeyed to Shiro's Saimin Haven in Oahu to try a bowl of saimin. I don’t know the technical difference between saimin and Japanese ramen but I know that saimin is very salty and I would choose ramen over saimin any day of the week. Shrio should be commended for the homemade noodles which had the perfect combination of bite and noodley-ness, but really, any ramen/pho/saimin comes down to the broth. Word of advice, if you find yourself tempted to throw some Tabasco sauce into an already salty broth, just don't, it's a bad idea.

I had this for breakfast my first morning in Kauai. It tastes how it looks, like pulled pork. Nothing revolutionary but it was good! As a breakfast though… kind of one note and nowhere near as good as the Lau Lau (you’ll read about later).

We spared no expense when we pulled into the gas station parking lot to give spam sushi a try. The one on the left, the bright red one called the volcano, was spicy and awesome. The one on the right was OK. When all is said and done though, it’s still spam.

I think of this dish as the poutine of Hawaii. A bed of rice topped with a burger patty, topped with an egg, topped with fried onions, swimming in gravy. We tried to 'health it up' by getting brown rice, ha! It was really delicious. Are you looking for comfort from your food? Look no further.

She may not be pretty to look at but damn, this was one tasty pork dish. Laulau is pork wrapped in taro leaves. It tastes like Christmas ham; juicy and tender and lovely to eat.

This treat is not only beautiful but once you battle through the Mount Everest of shaved ice you are treated with, in this case, Macadamia nut ice-cream. In a tropical climate like Kauai, shave ice is a glorious thing. Even if the portion size is totally ridiculous.