All Sweetness and Rainbows: The Brian Brown Story 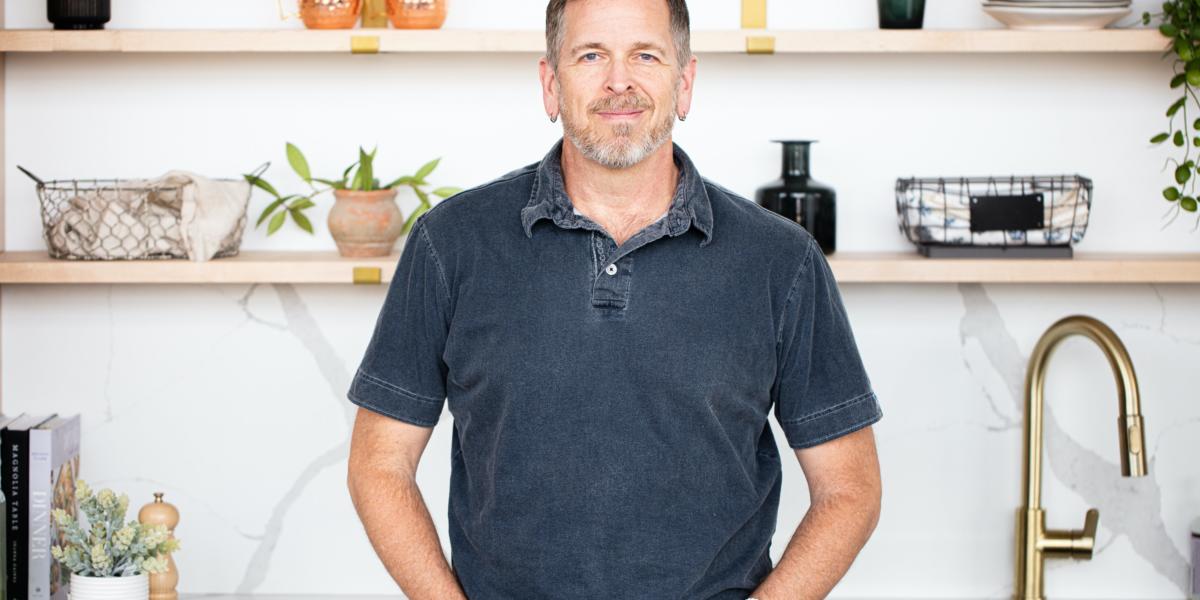 Ingredient President and Chief Creative Officer, Brian Brown, likes sweet things. He hosts our Candy Talk podcast and loves white chocolate. He detests coffee — too bitter — and has a soft spot for Coke Zero. He thinks people are good, cynicism is bad, and the future is promising. Storytelling is a superpower, he believes, and the stories we tell ourselves about ourselves are perhaps the most powerful stories of all.

“I think it's important we believe the best things about ourselves and build on those things,” he says. “We need to believe in the future because I think we can do great things.”

As Ingredient’s president, Brian leads the team leaders, deals with challenges, oversees creative content, and sets direction for the company. His visionary outlook has helped grow the company from a group of food enthusiasts “making recipes in a toaster oven at home and shooting them on the floor” to a full-service food marketing agency with professional strategists and process experts, designers and developers, copywriters, photographers, videographers, and culinary professionals.

In the beginning, in 2014, “we didn’t know what the hell we were doing,” he says. “And now we've got this amazing space with three beautiful kitchens and a full team of culinary professionals — I mean, come on! Our capabilities blow me away.”

Ingredient is the personification of if you build it, they will come. “It's inspiring to think that if you can have an idea, and you can explain it well enough, you can gather people to your banner and they'll pick it up and run with it,” he says. “Now we're creating content as good as, if not better than, the places we looked at for inspiration.”

Brian is unshackled by cynicism, but he’s not not a pragmatist. An earlier company he and the team created had a less laudatory fate. “Domestic Beast was a company we launched in 2013 and, from a business standpoint, from a pure dollars and cents standpoint, it was a failure,” he says. “But it was the kind of failure you learn from — the kind of failure I think everyone needs in their life. If you’re not failing, you’re not learning from your failures and you’re not trying hard enough.”

Brian has always been comfortable with risk. His first job was at a leather company in Southern California, where he grew up. When the company announced it was relocating to Minnesota in 1989, he had the choice to tag along or stay behind and find a new gig. “I was like, ‘Minnesota? Where’s that? Sure. Let’s give it a shot,” he says, laughing. “If you’d given me a map of the United States without any lines on it and told me to find Minnesota, I don’t know that I could have.”

After several years at the leather company, he landed a gig in the IT department at the Rainforest Cafe. It was 2000 and websites were the hot new thing. Brian saw the potential of this new medium, so he bought a bunch of books and CD-ROMs and taught himself HTML. He landed his next job as a front-end developer at the digital marketing agency Electronic Media Group (EMG); he was the only person who applied for the job who had ever built a website (“Everyone else wanted on-the-job training,” he adds). He went on to buy EMG with Ken Goldman and Mike Deneen. Today the founding partners, along with Chief Growth Officer Catherine Gillis, have spun EMG into three successful businesses — Ingredient, Stunt Puppy, and WDGT.

What attracted Brian to the world of food? One part of the appeal was practical. “When we started, we had a lot of clients who were food clients and a lot of people internally who were interested in food,” says Brian. “And we had a good point of view about how to do content marketing.” Specifically, Brian and the early Ingredient team, including Vice President of Content, Emily Tritabaugh, recognized that social media was transforming food marketing and that to succeed in those spaces, brands would need to talk about themselves the way individuals were talking to each other — as friends and neighbors telling stories about their lives. They would need beautiful content, consistent themes, and compelling narratives, and that’s what Ingredient creates.

Today, TikTok is reshaping the food-marketing landscape once again. “We tend to put TikTok in with social media,” says Brian. “But I think TikTok is fundamentally not a social platform. TikTok makes the choices for me, and I'm confirming or denying those choices by either swiping up or watching them, so I think of it as a mass entertainment platform.” Successful marketers, he continues, will have to think of it more like Netflix. “You're creating entertainment content, as opposed to other platforms where you’re primarily seeing the content your friends are creating.”

For all that business talk, Brian loves cooking and eating, and he’s passionate about the broader role food plays in our lives.

“Food defines us culturally, it defines us socially. It's a way that we express love and caring for people,” he says. And food connects us both back in time — and across the kitchen table. “It's the thing we have in common with human beings 100,000 years ago and, still today, it’s better when you do it with other people. Eating a meal with others is so much better than just shoveling it in your mouth over the sink at home by yourself.”

Confirm or Deny with Brian Brown

You switch out your watch band every day. “Confirm. It’s how I express my personality or how I’m feeling that day. For me, it's about self expression.”

You have a podcast about bigfoot. “Confirm. I've done three of them, actually.”

You love Disneyland. “Confirm. Walt Disney had this idea that he could create a place better than the place we live — and while I think his vision was probably too extreme, probably more than was healthy, he was trying to focus on what he thought was great about America. He was trying. Also, I’m from Southern California, so I’ve been going to Disneyland my whole life. I was just there with my kids a couple weeks ago.”

You’re a cynic. “Deny! The thing I hate more than anything else in the world is cynicism. I think there are so many people who mistake cynicism for being wise.”

You think pizza made in the Ooni pizza oven is disgusting. “I absolutely deny that. In fact, I’ve pretty much worn out my Ooni pizza oven because I’ve used it so much. For a while during the pandemic, I was making, like, four pizzas a week.”

You love white chocolate. “Confirm. It tastes good. Dark chocolate is bitter, and I don’t like bitter things. That’s why I also don’t like coffee.”