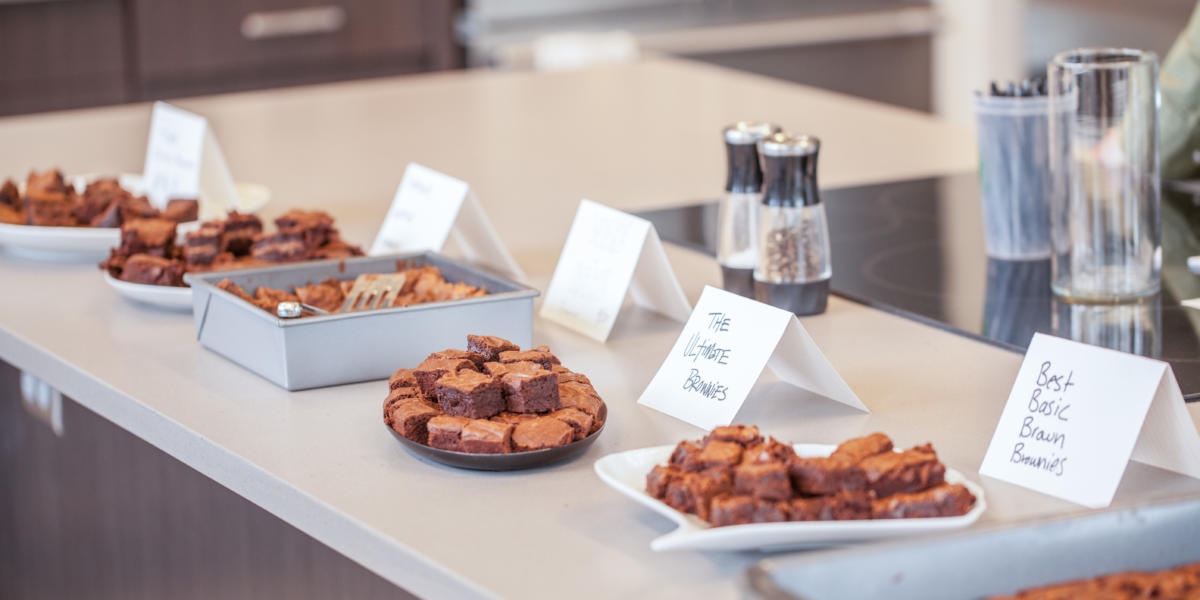 Everyone likes brownies. Even people who say they don’t like brownies actually like brownies because they’re obviously kidding and otherwise what kind of Mad Max hellscape do we live in?

Brownies sound like a straightforward endeavor - everyone has a picture of the standard brownie in their head. But what makes the best brownie? That devil is in the details. Chewiness? Robust chocolate flavor? Structurally sound so that when you sneak one and run behind the laundry room door it doesn’t crumble into an evidential trail of shame?

That’s the kind of mystery Ingredient likes to get to the bottom of. And the Great Ingredient Brownie Bake-Off was born.

Nine brave contestants submitted their creations. There were no rules. Mint? Oh yes. Sea salt?? Oh hell yes. Possibly more of a bar than a brownie??? Pass. My. Smelling. Salts.

Once the brownie entries were all lined up, it was a truly awe-inspiring sight. So much so that little work took place and eventually the entire company just stood around waiting for the contest to start.

The testing was rigorous. People hummed and hawed over their findings, went back for seconds, and wished for milk.

Truthfully, everyone was a winner because we ate nine different types of brownies for lunch. But the official winner was the Yummy Bar Brownies (aka Wake & Bake Brownies). Full disclosure, they were my entry. Gooey caramel and chocolate chips sandwiched between two layers of chewy brownie. Make a batch for yourself!